The Netocracy is coming (you better be ready)

We are in the middle of a social revolution spawned by the possibilities of the Internet and its democratization that gives 2 billion humans the possibility to obtain information, interact and develop ideas. This process has given birth to a collaborative web (2.0) as people realized they could get connected to each other as much as to websites. 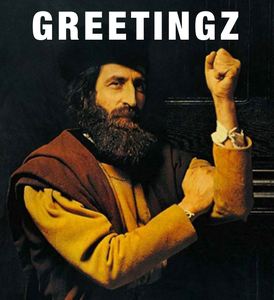 We are in the middle of a social revolution spawned by the possibilities of the Internet and its democratization that gives 2 billion humans the possibility to obtain information, interact and develop ideas. This process has given birth to a collaborative web (2.0) as people realized they could get connected to each other as much as to websites.

Today the Internet has changed our relationships to almost everything from work (the possibility to work from anywhere and to co-work with anyone, virtual workspaces), the economy (Internet economy, online consumption, crowd funding) culture (collaborative creation and sharing of artworks in P2P networks) knowledge (we are readers AND editors of Wikipedia), human relations (social networks, chats and VoIP), politics (citizen journalism, blogs, hacktivism, Wikileaks), etc.

The unlimited and virtually free access to information as well as the possibility to communicate, to develop new ideas and to organize social change has empowered the citizen to the point that governments and corporations have grown nervous, rightfully feeling that their importance and power are being undermined.

Through laws like ACTA, SOPA or PIPA, they have tried to limit this empowerment. Thus many Internet users have become politicized, feeling the intrusion of political and economic interests in the form of surveillance, censorship and the crackdown on sharing. Online activism (hacktivism), once the domain of politicized hackers and tech-savvy human rights activists, has become democratized as people have come in contact with the easy to use tools and ideology of the Free Internet.

This exponential development together with the Internet’s inherent possibility of a hive-like existence spawned Anonymous, as we know it today. Loosely knitted hacktivist networks like Telecomix, massively popular Facebook pages like We Are All Khaled Said, and masses of angry and politicized Internet users behind their Guy Fawkes masks might be the face of the web 3.0 and also the advent of the netocracy. 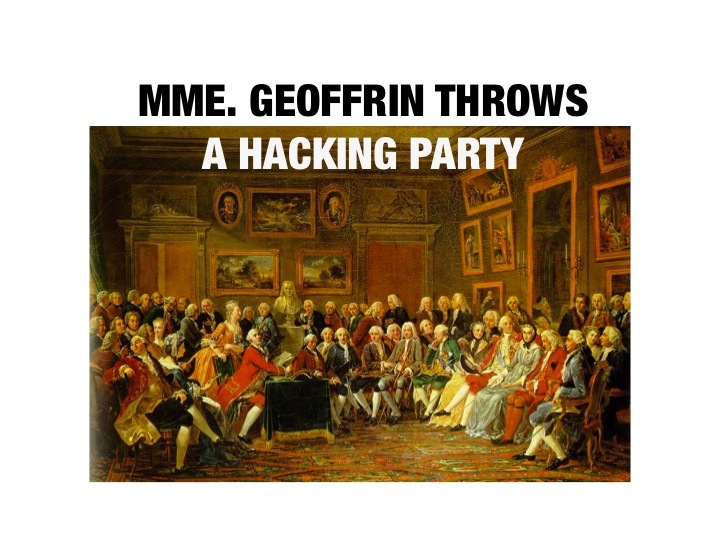 NETOCRACY was a term invented by the editorial board of the American technology magazine Wired in the early 1990s. A portmanteau of Internet and aristocracy, netocracy refers to a perceived global upper class that bases its power on a technological advantage and networking skills, in comparison to what is portrayed as a bourgeoisie of a gradually diminishing importance.

NETOCRACY is also used as a portmanteau of Internet and Democracy:

"In Seattle, organized labor ran interference for the ragtag groups assembled behind it, marshaling several thousand union members who feared that free trade might send their jobs abroad. In Washington, labor focused on lobbying Congress over the China-trade issue, leaving the IMF and the World Bank to the ad hoc Netocracy."

The Enlightenment was the embodiment of the materialist Ideology of the Bourgeoisie. It was born in the communication between philosophers across Europe, who, thanks to Guttenberg’s printing press, where able to read each other’s books and build on each other’s ideas. The printing press later allowed this ideology to spread to wider circles and created consensus on a new way of managing society called representative democracy (Liberté, Egalité, Fraternité, etc.)

The Internet is the printing press of the netocracy. Through the Internet, people can communicate and develop the netocratic ideology, which is called Transparency. This ideology, in part born from the Free Software community's working philosophy, has given birth to a new way of managing society, which is sometimes called Open Governance or Liquid Democracy. States, corporations and individuals have by now digitized virtually everything, including their secrets and the Internet offers unlimited access to these. Since everything is hackable, secrets can be opened, turned into information and information into power.

But the Internet is so much more than the printing press: it is not only a vehicle of information, but also its depository. With information obtained from the Internet, the netocracy will constantly remind us of the inaptitude of representative democracy to efficiently manage society in the 21st century by, for example, leaking sensitive information on the Internet (Wikileaks is an example of this). Eventually, the netocracy will impose the new from of governance and replace representative democracy with it.

Those outside the netocracy – people not familiar with the techniques like hacking, social engineering or other skills needed to be successful in the digital world - will be the true underclass of this new society. Regardless of their economic situation or current social class, these people will be manipulated and used by those who have the skills. They will have no power to influence the course of society. Democracy will, in its current from, die. 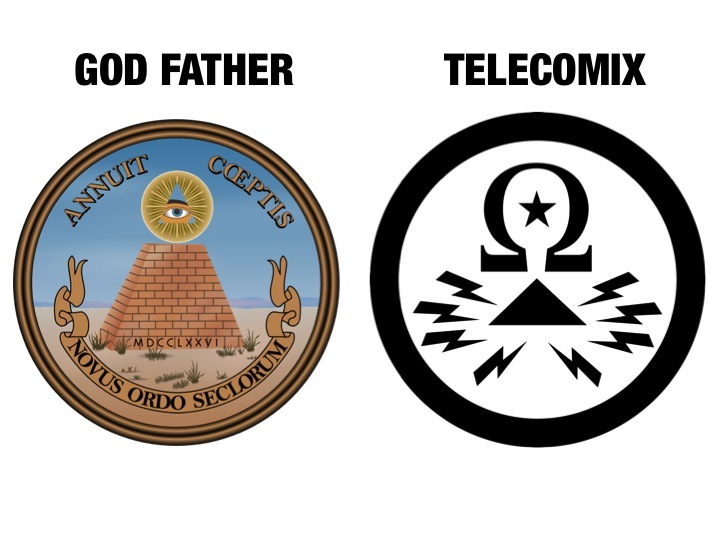 A hacker is anyone who transforms an object or a system, deviating it from its initial purpose to make it do what it was not intended to do. A computer hacker usually hacks a system (a website or a software for example) to modify what it does, to find its weaknesses, most of the time to improve it, sometimes to steal information and rarely to destroy it. A hacker usually enjoys the egalitarian and horizontal online social structure, the communal work process and the unlimited access to knowledge.

When economic or political forces, through censorship, attack the Free Internet, the urge to transform the physical world to be more like the virtual world can push a hacker to become politicized and become a hacktivist. A hacktivist is a politically motivated hacker (or an activist with computer skills) who hacks for causes like human rights, Internet neutrality, or sometimes to overthrow the source of online censorship (dictators, economic interests, etc.)

A hacktivist understands that the Internet can be used to improve the world by acquiring and spreading information, and by organizing people through social networks. A hacktivist who uses the Internet to build a new power structure and a new form of governance in the real world is a netocrate. A netocrate participates in the development and the implementation of the netocratic ideology. It is important to note that not all hackers become hacktivists and not all hacktivists become netocrates. In the same way as not all hacktivists are hackers to start with, some are just activists who learned to hack out of necessity.

A netocrate has profound understanding of the inner workings of the Internet in order to find exclusive/unique information and knows how to make the most of it. By putting this information in context and analyzing it together with previously acquired information, the netocrate creates the most valuable commodity of the 21st century: meta-information. Netocrates then use meta-information as ammunition in the InfoWar they wage against the power structure of the current establishment and by shaping public opinion against them. 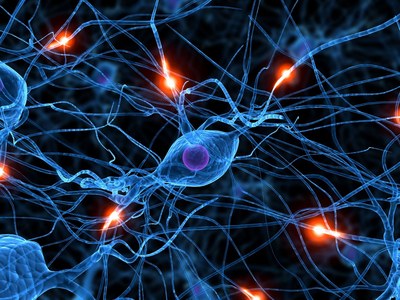 Hackers, hacktivists and netocrates are not Internet users; they have integrated the Internet, like you and I would integrate a culture. They live and thrive online because they have realized that it is not just a media, or a meeting place, but an ecosystem with rules quite different from the material world. The online world is an extension of the offline world: it enhances and increases the possibilities of the human existence.

First of all, the Internet offers anonymity, which makes the netocracy a sort of meritocracy. Coming from an important family and having diplomas from prestigious schools is irrelevant, as is nationality or race. The only way to distinguish a netocrate (or hacker) from another is by judging his or her techniques (like social engineering and information retrieval skills) and ethics (how these skills are used).

In the netocracy, success is not defined by wealth. There are netocrates who are completely broke, who live modestly, but who influence and manipulate the most powerful people on the planet. Netocrates are not interested in money and find its pursuit a pathetic bourgeois obsession. The pursuit of money is secondary to the pursuit of data, information and power.

The Internet also gives the possibility to have multiple identities. Netocrates are not schizophrenic, they know who they are, but they extrapolate fragments of their personalities through online avatars. Most netocrates have a public identity carrying their real identity. When they speak through these identities, it is to communicate a political discourse, a philosophy. The public identity is the netocrate’s spokesman. But then most netocrates have several hidden, anonymous identities that function like the armed wing of a political movement. They are used for hacking, to obtain information, or to transmit more radical ideas that the public identity could not do without putting the netocrate in danger.

In this context, phenomena like Anonymous (and its mutations) or certain aspects of the recent global upheavals, becomes an interesting parable that tells many things about the evolution of the Internet as a political powerhouse and about the birth of the netocracy.

P.S. For further reading, there is this superb book written some 10 years ago. Some of it is dated but not what is essential.